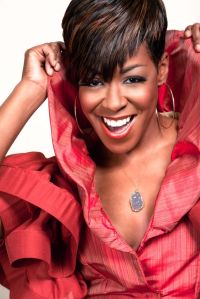 SILVER SPRING, Md. – September 2, 2015 – In a year defined by civil rights cases that have galvanized the country, the National Action Network (NAN) and Reverend Al Sharpton, are partnering with TV One to present the first-ever television broadcast of The 2015 Triumph Awards. Hosted by Tichina Arnold, this esteemed ceremony to be filmed on Saturday, Sept. 12 in Atlanta, GA, recognizes the positive impact this year’s honorees have made on our society. Civil rights leader, activist and minister Rev. Dr. Joseph Echols Lowery and John Legend, human rights advocate and vocal champion for social justice, join previously announced honorees, including recording artist and philanthropist Tyrese Gibson, Emmy® winning comedienne, actress and producer Wanda Sykes and Chief Diversity Officer and Global Director of Education and External Relations for Intel Rosalind Hudnell. The awards special will premiere exclusively on TV One this October.

“The premiere of the Triumph Awards on TV One is set to captivate audiences.  There is a history of music being part of the movement and the fight for equity,” remarked Janaye Ingram, Executive Director of National Action Network. “Through our show, people will experience the power of musical artistry as a message medium while it is interwoven with the triumphant stories of the luminaries who will be honored.”

Tichina Arnold is a two-time NAACP Image Award winning actress for her role as Pam Jones on the hit T.V. series Martin and the critically acclaimed comedy Survivors Remorse produced by LeBron James, Maverick Carter and Mike O’Malley for Starz. Tichina has also appeared on television inHappily Divorced, Everybody Hates Chris, Ryan’s Hope, All My Children, The Cosby Show, Law & Order, The Norm Show, One on One, Brothers  Raising Hope and Let’s Stay Together. Tichina is presently starring on the original comedy series Survivors Remorse. In film, she has starred in Big Momma’s House, Civil Brand, as well as Dancing in September, Scenes from a Mall, The Little Shop of Horrors and the blockbuster comedy Wild Hogs.

Tichina has also helped lend her time and help raise more awareness and money for those who are sick and in need, having worked with several organizations over the years. She and her sister formed the We Win Foundation which helps individuals as well as the families/caregivers who support those suffering with Lupus and other related autoimmune diseases.

Rev. Dr. Joseph Echols Lowery, hailed as the “Dean of the Civil Rights Movement,” has assumed and executed a broad and diverse series of roles over the span of his nine decades: Leader, Pastor/Preacher, Servant, Father, Husband, Freedom Fighter and Advocate. His genesis as a Civil Rights advocate dates to the early 1950s as the head of the Alabama Civic Affairs Association. On August 12, 2009, President Barack Obama awarded him the nation’s highest civilian honor: “The Presidential Medal of Freedom” in recognition of his lifelong commitment to the nonviolent struggle for the causes of justice, human rights, economic equality, voting rights, peace and human dignity.

John Legend’s work as a recording artist has garnered him numerous accolades, including nine Grammy Awards, an Academy Award, and a Golden Globe® Award. Legend’s debut album, Get Lifted, was released in December 2004 to both critical acclaim and multiple Grammy Awards. Most recently, Legend won his first Academy Award, first Golden Globe® Award, and won the 2015 Critic’s Choice Award for his song “Glory,” which he wrote and performed with Common for the film SELMA. In 2007, he launched the Show Me Campaign, an initiative that focuses on education as a key to break the cycle of poverty. In 2015 Legend initiated the #freeAmerica campaign; a campaign designed to change the national conversation of our country’s misguided policies and to make a change in America’s criminal justice system.

The 2015 Triumph Awards are Executive Produced by Bart Phillips of Sunseeker Entertainment and Christina Norman of Gemini Entertainment. Janaye Ingram is Executive Director of National Action Network. Craig Henry is Executive in Charge of Production and D’Angela Proctor is Head of Original Programing and Production for TV One.

“The premiere of the Triumph Awards on TV One is set to captivate audiences.  There is a history of music being part of the movement and the fight for equity,” remarked Janaye Ingram, Executive Director of National Action Network. “Through our show, people will experience the power of musical artistry as a message medium while it is interwoven with the triumphant stories of the luminaries who will be honored.”