Fort Lauderdale, Fla. – Cathy Hughes, founder and chairperson of Radio One, Inc., the largest African-American owned and operated broadcasting company in the nation, will be the luncheon keynote speaker for the Sixth Annual Women of Color Empowerment Conference (WOCEC). The conference will focus on educating and motivating dynamic Women of Color to lead more effectively.

“We are delighted to have the incomparable Cathy Hughes address the conference attendees in a year where our theme is Media Images of Women of Color” said WOCEC Founder Burnadette Norris-Weeks, Esq. “Hundreds of America’s top women leaders of color will convene in South Florida for a weekend of enrichment, enlightenment and empowerment aimed at broadening their spheres of influence and strengthening their ability to effectively lead.”

Cathy Hughes is a dynamic, media pioneer who demonstrates the power of one – one woman, one vision, one company – Radio One. Hughes’ unprecedented career has spawned a multi- media conglomerate that generates original content across the spectrums of radio, television and digital media. Her humble beginnings in Omaha, Nebraska, were not a deterrent to her success but rather part of the catalyst that fueled her ambition to empower African Americans with information and to tell stories from their perspective.

In 1999, Cathy Hughes became the first African-American woman to chair a publicly held corporation, following the sale of 7,150,000 shares of common stock to the public. Since that time, she, along with her son and business partner Alfred Liggins, III, has grown Radio One, Inc. into a multi-media company that is an urban radio market leader with 56 stations comprised of hip hop, R&B, gospel and talk radio formats.

Radio One is the first African-American company in radio history to dominate several major markets simultaneously and is the first woman-owned radio station to rank number one in any major market. Its success has earned Cathy Hughes hundreds of prestigious awards and recognitions including: the ADColor Lifetime Achievement Award, the Congressional Black Caucus Foundation Chair’s Phoenix Award, the NAACP Chairman’s Award, the Giant of Broadcasting Award, the Uncommon Height of Excellence Award, the Essence Women Shaping the World Award, the Ida B. Wells Living Legacy Award, and induction into the American Advertising Federation Hall of Fame.

Today, Radio One is the parent corporation of several subsidiaries: TV One, the premiere, African-American owned, cable television network in the country and current home of the hit shows UnSung, NewsOneNow, and the reality show R&B Divas; Reach Media, which presents syndicated radio programs like the Rickey Smiley Morning Show and the Tom Joyner Morning Show; Interactive One, home of several popular websites including The Daily Grind and Hello Beautiful; and One Solution, a marketing firm that allows advertisers to take advantage of all of the assets under the Radio One brand.

Events planned for the Sixth Annual Women of Color Empowerment Conference include: 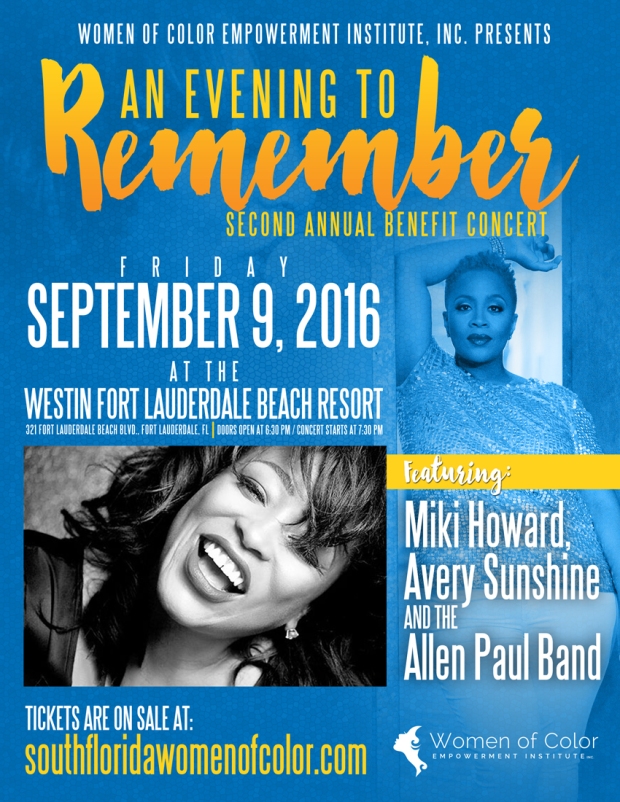  Saturday, September 10 from 8 a.m. – 5 p.m. – Empowerment Conference – A multitude of empowerment sessions and dynamic topics of interest for everyone; plus a powerful luncheon with Media Legend Cathy Hughes – Cost: $100 per person.

The Women of Color Empowerment Conference is coordinated by a committee of community volunteers serving under the direction of the not-for-profit Women of Color Empowerment Institute. For tickets, information on sponsorship opportunities, and additional information about the WOCEC, visit http://www.NationalWomenOfColor.com or contact Kathy Eggleston at (954) 768-9770.