WASHINGTON, DC, June 9, 2015 —Today the Congressional Black Caucus Foundation, Incorporated (CBCF) announced that Walmart donated a $1 million dollar grant to support African-American students in its Emerging Leaders Internship Program. The grant will support 25 interns each year over the next three years, ensuring that the next generation of leaders will be represented in public service careers. To date, more than 1200 young leaders have participated in the CBCF’s Leadership Institute for Public Service.

“We are grateful for Walmart’s continued financial support of our emerging leaders,” said Rep. Chaka Fattah, CBCF board chairman. “The $1 million dollar grant is a testament to Walmart’s commitment to the CBCF’s mission to develop public servants.” 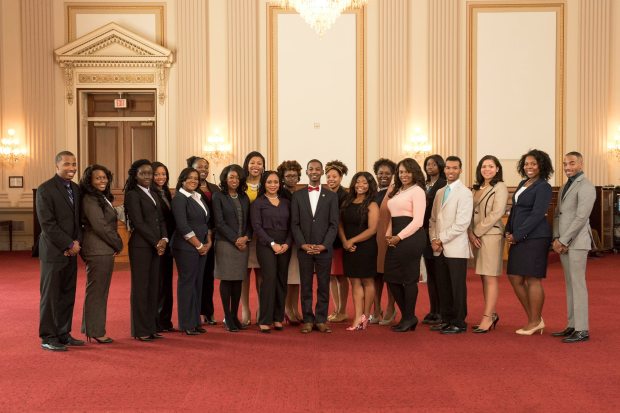 “African Americans are vastly underrepresented in offices on Capitol Hill. Our Leadership Institute aims to improve diversity in Congress and positively impact young people’s lives.” said A. Shuanise Washington, president and CEO of the CBCF. “We appreciate this significant contribution because it will move the CBCF closer to its goal of placing an intern or a fellow in each congressional member office.”

“Walmart and the Walmart Foundation are proud to support the CBCF’s Emerging Leaders program as part of our opportunity agenda,” said Kathleen McLaughlin, president of the Walmart Foundation and senior vice president of Corporate Affairs for Walmart. “Since we began our partnership with CBCF, we have been highly impressed with both the quality of the program and the interns themselves.”

Walmart’s financial support provides African-American students an opportunity to secure a public service internship in the nation’s capital, regardless of their socioeconomic status. The Emerging Leaders Program places undergraduate, minority students in an internship on Capitol Hill or in a federal agency. The program offers first-hand experience in public policymaking and professional development. During the internship, students attend lectures and networking seminars; gain training in legislative writing and research skills; and receive mentoring.

This spring, 12 students graduated from the Emerging Leaders Program sponsored by Walmart.

1. Jasmine Bowden – The University of Tennessee at Knoxville