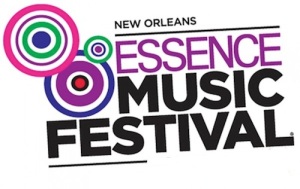 NEW YORK, July 7, 2014 — The 20th annual ESSENCE Festival attracted a record-breaking 550,000 attendees from around the world to New Orleans this Fourth of July weekend, earning the distinction of being the largest gathering in the event’s history.

Touted as one of the country’s biggest live events, the ESSENCE Festival celebrated its 20th anniversary July 3-6with 20 stages of programming. The annual 4-day event features entertainment, empowerment, and cultural experiences during the day and the world’s best performers each night.  More than 80 performing artists–including some of the biggest names in the entertainment industry such as Prince, Mary J. Blige, and Lionel Richie–performed at the event’s nighttime concerts and over 150 speakers–including Robin Roberts, Alicia Keys, Steve Harvey and Rev. Al Sharpton—participated as part of the Festival’s daytime experience.

“Through a unique combination of entertainment and empowerment programming, the ESSENCE Festival has become the place where we come together to revel in culture and connect to our community,” said ESSENCE Communications President Michelle Ebanks. “In recognition of our 20 year milestone, we are tremendously proud to have offered more curated content than ever before—live in New Orleans for our more than 550,000 festival-goers and available digitally on multiple screens for our ESSENCE community of 11.5 million.”

The Festival grabbed headlines with its 2nd annual Mayors’ Panel, featuring Stephanie Rawlings-Blake ofBaltimore, Aja Brown of Compton, Kasim Reed of Atlanta and Mitch Landrieu of New Orleans, which was presented during the ESSENCE Empowerment Experience.  In addition, during the ESSENCE Festival’s 2ndannual Family Day in Woldenberg Park, the brand announced a yearlong partnership with Too Small to Fail, a joint initiative of the Clinton Foundation and Next Generation, to promote early vocabulary development among African-American children.

“It’s incredible to witness the overwhelming response from hundreds of thousands as they engage with our programming in-person, online and via social,” said ESSENCE Editor-in-Chief, Vanessa K. Bush. “Over the next 20 years, we will continue our tradition of bringing the ESSENCE brand to life at the Festival — and providing our audience critical information, inspiration and practical solutions for the day-to-day challenges of their lives.”

This year, the ESSENCE Festival proved to be the most expansive to date. Fans who were not able to travel toNew Orleans for the festivities were still able to take part via livestreams from the ESSENCE Empowerment Experience and select live performances from the Superdome.  The ESSENCE Festival streamed more than a dozen hours of content, garnered nearly 60,000 tweets using the hashtag #ESSENCEFest, and generated well over 20,000 downloads of the Festival’s customized App.   For a 2nd year in a row, leading cable news network MSNBC hosted live coverage from the convention center floor.

The ESSENCE community embraced innovative new ESSENCE Festival programs, including Empower U, a new series of free workshops covering every aspect of life from Love & Relationships to Healthy Living to personal finance; and the first-ever #YesWeCode Hack-A-Thon in partnership with Prince and the Rebuild the Dream Innovation Fund’s Van Jones building new technologies for local businesses in New Orleans.  The Festival also featured Career Connections workshops which were held in partnership with the National Urban League. Plus, the return of the Love, Loss, & Life: Mother’s Prayer Vigil in partnership with New Orleans Mayor Mitch Landrieu’s NOLA for Life drew crowds as a lead-in to the hugely popular All-Star Gospel Tribute to Yolanda Adams, hosted by Donnie McClurkin. In addition, the ESSENCE Marketplace expanded its footprint, hosting local and international artisans and cuisine.

Note to Editors: Footage of performances and speakers from the 2014 ESSENCE Festival are available for download here: solomongroup.com/essence.

ESSENCE Communications Inc. (ECI) is the number one media company dedicated to African-American women, with a multi-platform presence in publishing, live events and online.  The company’s flagship publication, ESSENCE magazine, is the preeminent lifestyle magazine for African-American women; generating brand extensions such as the ESSENCE Festival, ESSENCE Black Women in Hollywood and Black Women in Music, Window on Our Women and Smart Beauty consumer insights series, the ESSENCE Book Club, ESSENCE.com, and ventures in digital media (mobile, television and VOD). For 44 years, ESSENCE, which has a brand reach of 11.5 million, has been the leading source of cutting-edge information and specific solutions relating to every area of African-American women’s lives.  Additional information about ECI and ESSENCE is available at www.essence.com.

Time Inc. is one of the largest branded media companies in the world reaching more than 130 million Americans each month across multiple platforms. With influential brands such as TIME, PEOPLE, SPORTS ILLUSTRATED, InStyle, REAL SIMPLE, Wallpaper, Travel + Leisure and Food & Wine, Time Inc. is home to celebrated events and franchises including the FORTUNE 500, TIME 100, PEOPLE’s Sexiest Man Alive, SPORTS ILLUSTRATED’S Sportsman of the Year, the Food & Wine Classic in Aspen and the ESSENCE Festival.