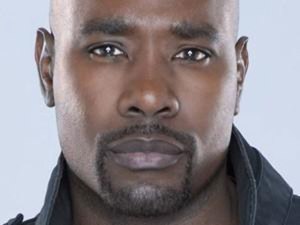 “Morris Chestnut is a beloved and charismatic actor,” states Jeff Friday, ABFF founder and CEO of Film Life, Inc., which produces the festival. “The role of the ABFF Ambassador is to broaden public awareness of the festival as well as its mission, and you are about to see Morris everywhere with this week’s release of The Best Man Holiday — a must-see! I deeply appreciate both Morris and Tonya’s commitment to advance opportunities for Black artists in our industry.”

The ABFF is a four-day event dedicated to showcasing quality films by and about people of African descent. Committed to the belief that Black content creators and artists deserve the same opportunities as their mainstream counterparts, Jeff Friday conceived the festival in 1997 as a vehicle to promote diversity in the film and television industry. Today it is widely recognized as an important pipeline bringing new Black talent to prominence both in front of and behind the camera, and is regarded as one of the leading film festivals in the world.

“It’s an honor and privilege to be the ambassador of the ABFF, taking place this year in New York — a city that has inspired and cultivated so much great talent in all areas of film,” says Chestnut. “It’s going to be a great year,” adds Friday. “With Morris, the move to New York and the dynamic festival events we’re planning, we expect around 30,000 attendees.”

The ABFF is presented by Film Life, Inc., a multifaceted entertainment company headquartered in New York City. Sponsors to date include: HBO (Founding and Premier) and Nielsen (Supporting).

Festival passes and tickets are on sale now. For more information visit www.abff.com