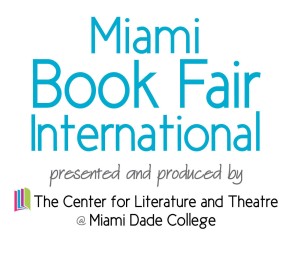 The books are coming.

And the readers and writers will follow, as they do by the hundreds of thousands every year for the Miami Book Fair International, an eight-day literary party in November.

The Fair, in its 30th year, will open Sunday November 17th with the popular Evenings With… series, featuring six nights of readings and discussions with noted authors from the United States and around the world.

On Friday, the Street Fair gets under way. The highlight of the Street Fair is the Festival of Authors, with more than 350 authors reading and discussing their work, including the Latin American and Spanish authors who participate in the IberoAmerican Authors Program. Thousands of South Florida schoolchildren will help kick off the Street Fair, making the trip downtown Friday to hear authors and participate in Children’s Alley activities, including theater, arts-and-crafts, storytelling and readings by children’s book authors. Comics and graphic novels are once again featured, with the school of comics on Friday and a new section just for kids and teens, as well as presentations over the weekend by renowned graphic novelists and illustrators.

During Street Fair weekend, more than 250 publishers and booksellers exhibit and sell books, with special features like the antiquarians, who showcase of signed first editions, original manuscripts and other collectibles.

The first Miami Book Fair International, founded by Miami Dade College and community partners, took place in 1984. Since then it has been recognized as the nation’s finest literary festival. In 2001, the Fair became part of The Center for Literature and Theatre @ Miami Dade College, a cultural and academic initiative that promotes the advancement and appreciation of literature throughout the year.